Islam's Condemnation of Crime and Murder in Society

An important response to an article in the Philadelphia Magazine linking Islamic beliefs to crime and murder. 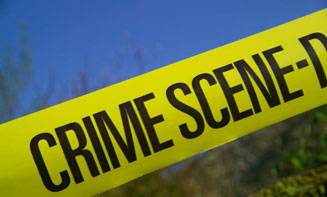 This is a lecture and question and answer session which occurred at the Muhammad Ibn 'Abdul-Wahhaab Mosque in Camden NJ, where the Imaam, Abul-Hasan Maalik, answers concerns regarding a series of crimes for which some Muslims have been blamed.  Namely, the author of the article in question has blamed the Kingdom of Saudi Arabia and its Scholars of importing terrorism and violence in the name of Islam to America, thus resulting in the stream of murders and killing of law enforcement officials in Philadelphia.  What follows is a reply to Matthew Teague's erroneous claims, as well as an unequivocal condemnation of crime, murder, drug trafficking and the like, all according to the verdicts delivered by the Scholars of Saudi Arabia.

Abul-Hasan Maalik appeared live this week (March '09) on Philadelphia morning radio to discuss the recent unfortunate criminal activities which have led to Muslims being unjustly painted with the taint of crime, violence and extremism. In particular, this was part of a campaign to clarify the gross inaccuracies and outright fabrications contained in the article, "The Radicals Among Us", written by Matthew Teague and printed in the February 2009 issue of Philadelphia magazine. and He also took live calls from callers about the topic at hand other topics about Islam. Please note that this recording of the live show has been edited for content by SunnahAudio.com and all extraneous and irrelevant portions have been omitted to keep the overall message intact.

RT @hikmahpubs: @troidorg @islaamca May Allah bless the efforts of the brothers @troidorg Alhamdu lillah, the people of Tawhid and Sunnah…

RT @troidorg: We are happy to introduce our new da’wah tent and flags for @islaamca May Allah reward everyone who contributed. https://t.co…

We are creating a gazebo for our Islamic Information stall. We look forward to meeting people aroind Toronto to tal… https://t.co/8NvLiaUXJP

A 19 yr old Hungarian man enters Islam. People are looking for the truth in a time of mass confusion and distractio… https://t.co/CHvVuerN2A